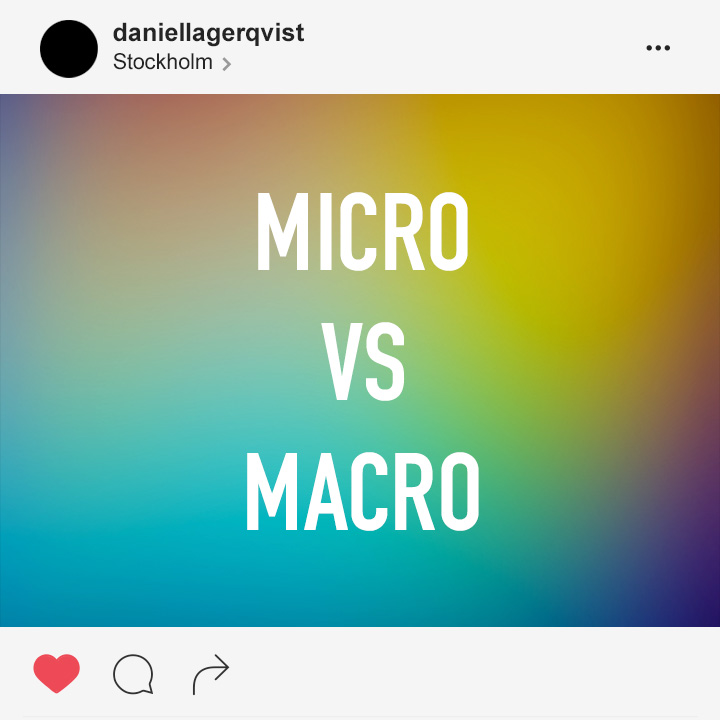 All over the world, influencers are winning the hearts of people and their popularity doesn’t seem to decline anytime soon. We see some of the world’s biggest brands using influencer marketing to promote themselves, and we see brands paying vast amounts of money to influencers with a large following. However, a newer concept known as micro-influencer marketing recently entered the social media scene and in some cases, less is actually more.

Micro influencers are individuals with a smaller amount of followers on social media, typically thousands or ten of thousands. They drive high levels of engagement and take pride in sharing their expertise with and being emotionally close to their followers. These influencers show that they are real people, just like you and me. And by making their content authentic and letting their stories come across as genuine, they are perceived to be trustworthy and reliable.

With their smaller following also comes the niche advantage that they can reach a certain kind of consumer with razor-sharp precision. Micro influencers can therefore post content that is tailored to their targeted audience, resulting in a feeling of higher relevance and credibility. Logically, they are less pricy than major influencers that require enormous amounts of money just for a one post. Moreover, it’s easier to build up a long-term relationship to a brand that creates more trustworthy content over time.

Of course using an influencer with a larger following gives you a high reach, which often is a part of a brand’s goals. With micro influencers you have to plan more carefully since their reach is limited, and therefore work with multiple engagers in order to achieve impact. This is time consuming since it requires one to manage both more personalities and more content.

At the end of the day, influencer marketing is all about a balance between reach and relevance. Although it is important to remember that the engagement micro influencers get from their followers is substantial. Going further than awareness to truly move people, they drive action. And this is something that brands can no longer ignore.